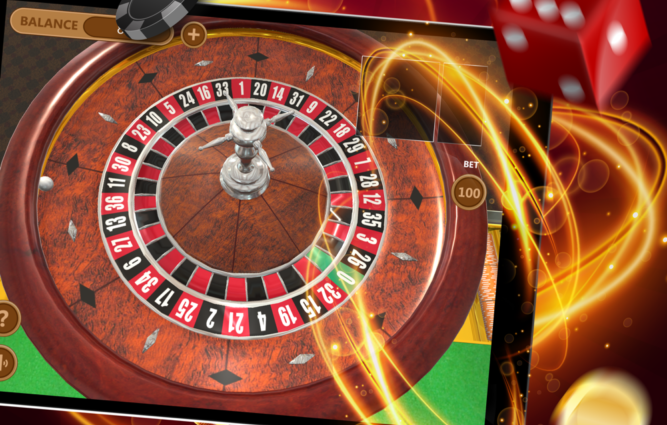 By: admin
In: Roulette
With: 0 Comments

This can be a subjective area but it is my strong opinion that to win at roulette you really do need to take a substantial amount of capital with you to the casino. The reason is quite obvious and it is to do with stake size compared to bank size. You see, if you go to a casino with just £30 and you want to play the outside boxes for example, the evens chances, then at £5 a minimum bet you won’t be sitting too comfortable after the first 3 bets have lost. If you had been increasing your stake by £5 each time then you would actually be broke! £30 offers you 6 times your minimum stake and as you can see it is clearly not enough. The other point is that if you were to take just £30 then mentally you will only be too aware of the fact that you are very close to being broke and it will make the whole experience very nervy and tense; this is not good and it could affect your mental approach.

If you use some kind of system and your minimum bet is £5 then you should really have with you £300-£500. This is equivalent to 60x and 100x your minimum stake. The reason for such high amounts is simply because we want to win a set amount when we visit the casino and the less that is as a percentage of our bank then the better. It makes our life much easier and makes the profit far more reachable. To win £30 when all we are taking is £30 is actually asking to make a 100% profit on our betting bank. We think it is much more plausible to aim to win 10 or 20% of our betting bank (£30-£60). The final point is that if you are using a progression system then maybe you will need around £350 to be able to cover the full run of bets. You don’t want to be broke at a vital point in the sequence.

Whatever bank size you can afford to take just make sure you are decided at what point you are going to stop playing. This is an issue that will affect you whether you are winning or losing.

You might say that your target when you go to the casino is to win as much as possible, maybe thousands but let’s be practical here, as much as we would all love to win that sort of amount we have to be realistic. For the most part, to win thousands you need play with thousands and lots of them. In fact there is a common sense saying that goes ‘to win big you must play big’ and this is very true. Okay you may hear the odd story of someone who got lucky and won thousands from only £20 but unless this was a lucky spin on a jackpot slot machine the likelihood of making thousands on roulette or any other casino game for that matter is very difficult, apart from in one scenario (covered later). The only genuine way to make thousands is if you took with you to the casino £100,000 and you won £10,000 (just 10% profit) then you could still say I won thousands and in this scenario it would be very possible to achieve.

Always have a sensible profit target. If you think in terms of banks and building societies and what return you get from them then you will soon see that your initial target of thousands was just being greedy and unrealistic.

I could go on but we are sure you will be getting the idea now of how small profits can add up nicely. The point here is that you should initially set your targets at a modest level, say 10-15% of your betting capital. If you reach these targets and you feel the table is still playing for you then by all means keep playing but keep in control. If your profits keep going up then you might want to increase your stakes and try for even bigger profits. Remember though, if at any point above your target 10-15% things start looking like taking a turn for the worse then stop playing. You might use the guideline of 3 losing spins in a row to get out at. If you were well above your target it would still be a perfect session, even if the last 2 or 3 spins had lost. Alternatively, if you had lost down to below your target level but were still in front then again you should consider leaving. You have made a profit overall so great. There is always another day with which to aim for bigger profits. The other scenario is that of you losing from the very beginning; should this happen then again have a set % that you are willing to lose. You don’t ever want to be willing to accept a total loss. We always have this figure at a higher level to our profit target; this is to provide a greater opportunity from which to hit the profits.

The thing is, everybody will play it slightly differently because everyone has a different opinion as to what is a decent profit; also you may be playing every night or you may set your profit target to a different level or you may use a higher bank amount. It really will be a matter of preference. Whatever amounts you decide on just be disciplined and consistent.